Recently, The Trade Show News Network published, NAB Show Eases Exhibitor Pain Points with NAB Show Cares by Lisa Plummer Savas. I encourage you to read the full article which includes the background story about why the NAB Show decided to research and implement updated show services. Let’s review those changes because they are a huge step in the right direction for our industry.

The NAB Show and Freeman deserve credit for offering exhibitors greater predictability and transparency on charges, which we hope will be embraced (in some form) by other show organizers and contractors.

I’ll quote liberally from the article, which is detailed and well-written.

The Unlimited Material Handling Initiative reduces fees for moving freight from dock to booth and back via a fixed rate per square foot that covers any or all items an exhibitor brings into the show regardless of quantity, weight or volume. Instead of receiving an invoice for material handling after the show, exhibitors simply pay for the service up front when they purchase their booth space.

While this initiative doesn’t benefit everyone, like smaller exhibitors who didn’t use the service previously, it did result in 40% and up reduction for larger exhibitors. And while the savings are welcome, exhibitors benefit more from the predictability and prepaying that expense before the show. Whatever financial shock happens, it doesn’t happen during the show on someone’s credit card. According to Christy Ricketts, vice president of operations and marketing for Contemporary Research, “This program is a welcome change because it encourages all exhibitors to bring more items into the show to enhance their booth space.”

My Take:  There’s no greater pain point than drayage for exhibitors because it is unpredictable, often arbitrary (i.e. special handling), and expensive. Eliminating two of the three is encouraging. Hopefully, GSC’s won’t go in search of other hidden fees to offset revenue but will adjust the upfront fee to find a financial balance for all parties.

The next service exhibitors had expressed the most frustration with was electrical pricing and what exhibitors called “hidden costs,” aka, charges for extension cords, materials and labor. Not only did exhibitors find these expenses difficult to budget for but also to review and audit on post-show invoices.

In response, NAB Show Cares unveiled No Surprise Electrical Outlet Pricing, which offers the outlet, materials and floor work labor for one price.

This change means the price of an outlet will include the materials and floor work labor associated with the installation and removal of that outlet.

My Take:  See the link above for pricing comparisons. Yes, it benefits the smaller exhibitor, but those savings may not be realized by larger exhibitors, especially those who are “on their game.” The predictability is a bonus along with the inclusion of materials, but only time will tell if the pricing menu is fair to all parties.

A big pain point for exhibitors was not so much the expense of rigging crews to hang truss and lights but more the added costs of rigging supplies… The Inclusive Rigging Pricing addresses this problem by including rigging supplies with the rigging crew rate, which will now make it easier for exhibitors to review invoices and budget for such a major show expense. Additionally, NAB Show has always offered a rigging/hanging sign crew for a single blended rate with no additional overtime charges.  Exhibitor reaction to this rate structure has been very positive, so it will remain in place.

According to the NAB Show, Rigging & Hanging Signs represent 20% of the NAB Exhibitors’ overall collective spend on show services – even though just 400 out of 1800 exhibitors use the service.

My Take: This seems like a logical extension of the electrical changes. Technically, it’s a price reduction since it now includes rigging supplies, which may reduce those situations where the riggers “reject” the cabling and other hardware provided by the manufacturer. That’s not to say some hardware shouldn’t be replaced since it doesn’t meet basic safety requirements, but there’s always been a suspicion that hardware gets rejected simply to add to the final bill, particularly when the hardware has been used successfully at other facilities.

Could the NAB Show Cares model mark the beginning of an industry-wide trend? According to BJ Enright, president and CEO of Tradeshow Logic, “I hope that exhibitors and show organizers really look at, talk about and figure out what’s right for their show and what needs to be changed (and) while what we’re doing for NAB may not work for every show, there are solutions that can be developed and customized for every event.” 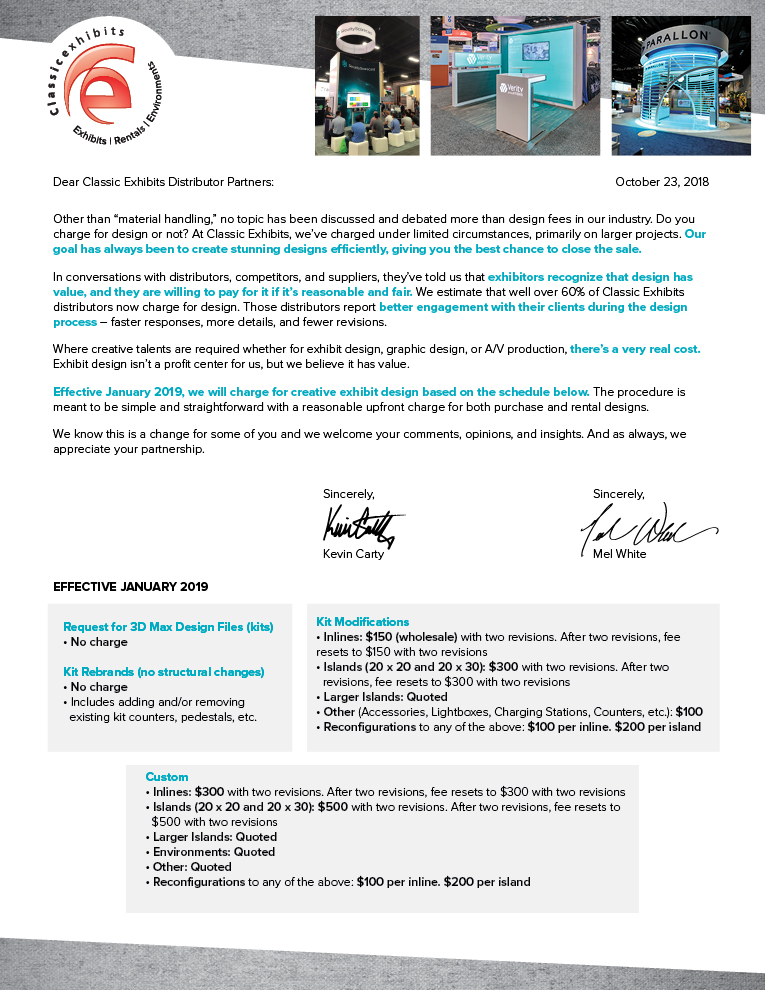 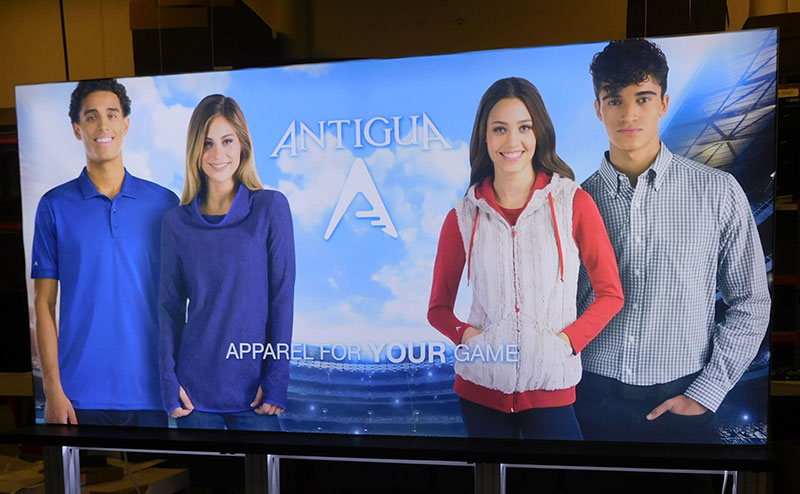 We sometimes forget (or simply don’t recognize) how quickly trends change on the trade show floor. LED Fabric Lightboxes have been around for 5-6 years. Crude versions with muddy low-resolution graphics and hinky lights a little longer.

2018 has become “The Unofficial Year of Lightboxes.” Probably 65% of the exhibits we ship have LED lights — in a tower, backwall, counter, accent, or stem light. It’s at the point where it’s almost jarring not to see a lightbox or LED lights on an exhibit. Not all all lightboxes are equal, but I’ll save that debate for another blog post. What is true is that the fabric, the printing, and the LED lights have gotten better, depending the source/supplier, BUT it pays to do your homework.

Below are some examples of recent SuperNova LED lightboxes, both purchase and rental. Sadly, LED lightboxes don’t photograph well with smartphones or point and shoot cameras. You see “hotspots,” and the colors are never as vibrant as with the naked eye. However, that won’t stop us from sharing. 🙂 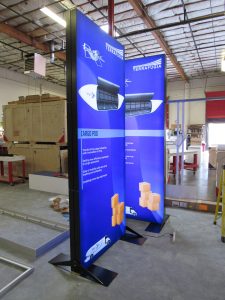 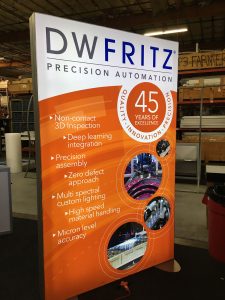 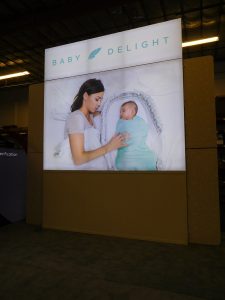 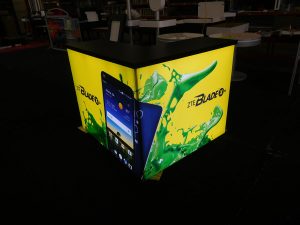 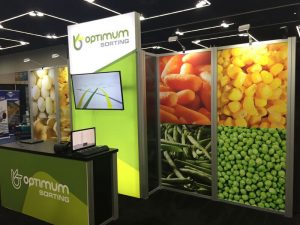 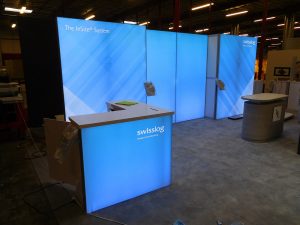 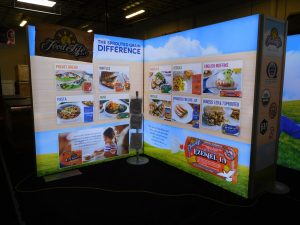 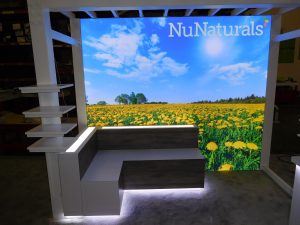 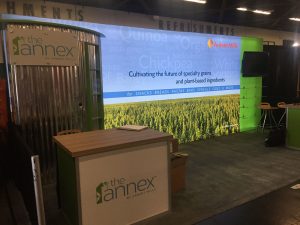 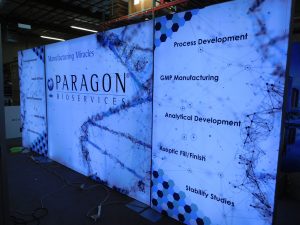 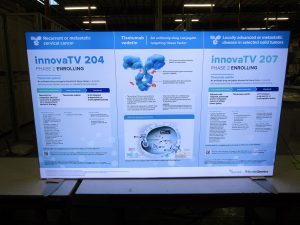 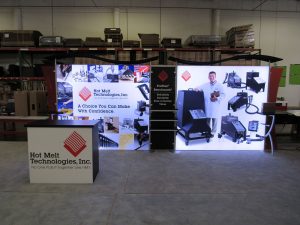 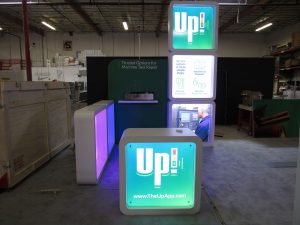 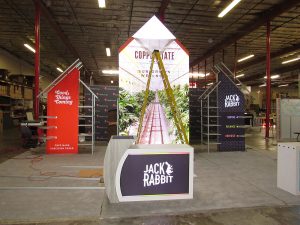 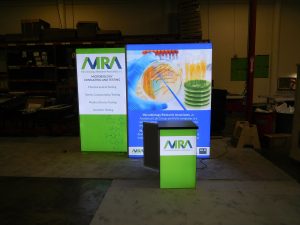 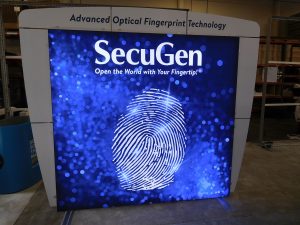 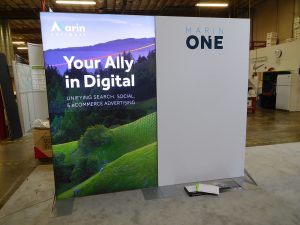 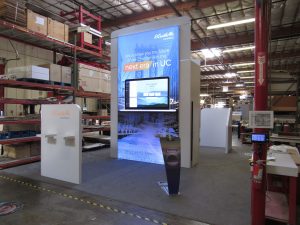 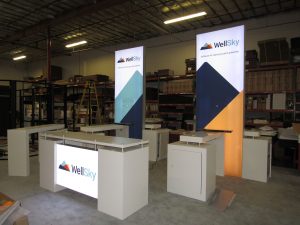 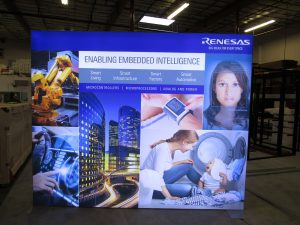 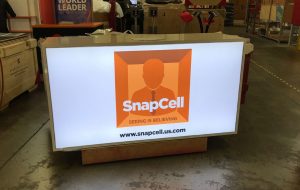 Every week, Tim Patterson, a.k.a. Tradeshow Guy, conducts an interview on his Monday Morning Coffee video/audio broadcast. Sometimes it’s someone from the trade show community, but more often it’s an expert on various business topics. It’s my go-to stop every Monday morning.

This week Tim interviewed our own Jim Shelman, the GM of Classic Rental Solutions. They chatted about rental trends, the evolving reasons to rent, and why purchase and rentals are not so different. The interview starts at 4:15. Enjoy!

I’m a sucker for a well-designed, informative Infographic. I appreciate the creative artistry and exhaustive research required for the infographic to be successful. Which is why the “Visual Guide to Trade Show Success” from US Event Management caught my attention.

First, it’s beautifully designed. It’s cohesive yet each section is distinct and there’s a practical north/south flow. On top of that, the information is useful and logically arranged. I especially like the “Questions to Consider” which poses questions every exhibitor should ask themselves.

Sixteen total tips. Click on the link to Download the Infographic. And our thanks to the folks at US Event Management for creating it.