The 2017 EDPA Labor Rate Survey tracks the advance order rates charged to corporate exhibitions in major U.S. and Canadian cities at exhibitions, conventions, and corporate events. The rate sources are general service contractors, show producers, and venue order forms. This is the Advanced Order Rates, not the rates charged after the early bird prices or day of show.

This includes rates for General Labor, Riggers, Electricians, Plumbers, Forklift Operators, and Material Handling. The highest general labor rates are in New York, Philadelphia, Boston, and Los Angeles. The lowest are in Cleveland, Louisville, Orlando, and Salt Lake City. A huge thanks to the Exhibit Designers and Producers Association for completing and publishing their results. 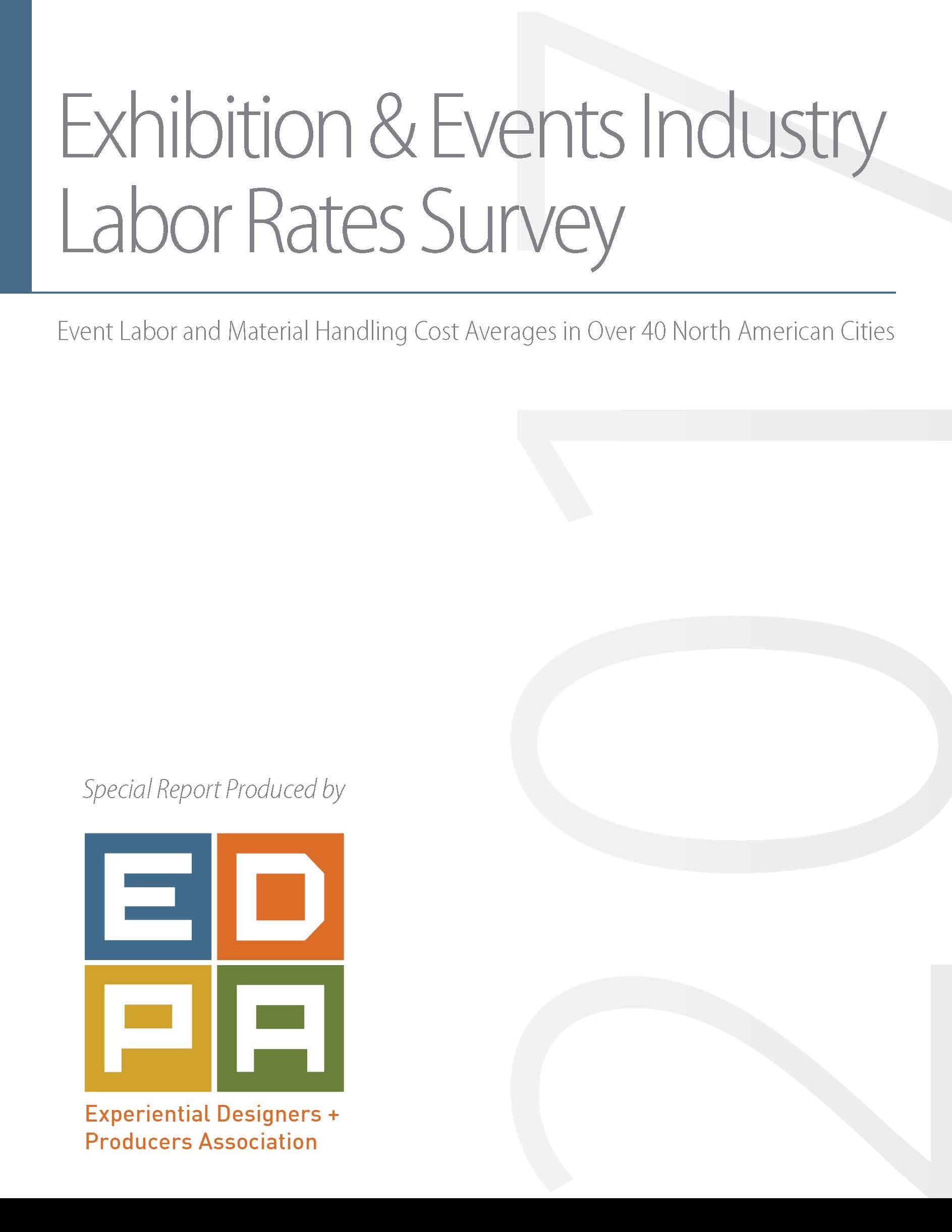 Classic Exhibits Inc. designs and manufacturers portable, modular, and custom-hybrid exhibit solutions. Classic Exhibits products are represented by an extensive distributor network in North America and in select International markets. For more information, contact us at 866-652-2100 or www.classicexhibits.com.

This entry was posted on Thursday, August 24th, 2017 at 8:31 am and is filed under Drayage, Mel White, Trade Show Association, Trade Show Marketing. You can follow any responses to this entry through the RSS 2.0 feed. You can leave a response, or trackback from your own site.