“Avoiding Arrogance” is an insightful blog posting by Tom Cox that appeared in Oregon Business last week. It reminds us of things NOT to do or to assume as we interact with colleagues and customers on projects. Below is the blog entry. You can either read it here or follow the link.

If I had a nickel for every time a client said “I don’t understand why people can’t just . . .” I would be rich.

Last week a coaching client related her struggles with her co-workers. She manages projects and has higher standards than almost anyone else in the firm.

When others manage projects, the work gets done late and sloppy. There’s a terrible last-minute rush to finish it before the deadline, and there are inevitably change orders — to fix the sloppy errors created during the rush — that destroy the profitability of the project.

When my client manages a project, there are lots of early deadlines, work gets done on time, and she demands high quality at every step. Those projects finish easily, on time, with great results — and they make the firm money.

So what’s the problem? 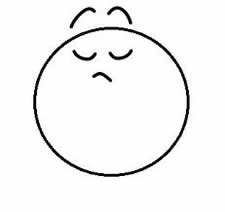 So What's the Problem?

The problem is, every time my client manages a project, her co-workers push back against all her good practices. They dislike the early deadlines. They resent the demand for quality. They are “too busy” with the other, behind-schedule projects to work on her project in a timely way.

Meanwhile, they also complain about how unhappy they are with the rush, the pressure, the late nights at the last minute, and the sloppiness.

As my client put it, “I don’t understand why people can’t just see how they are creating bad outcomes with their bad habits. And it makes no sense for them to resist my practices when they are obviously going to result in a happier outcome.”

Folks, any time you start a sentence with “I don’t understand,” you’re confessing your own ignorance, and your focus needs to come OFF the other people and ONTO your understanding.

Your co-workers are not starting this journey at the destination. They are starting at some other point. Your role may be to guide them to the destination. Standing around expressing your bafflement that they aren’t already there, is a waste of your time, and it’s a distraction for you.

Of course they aren’t already doing it the new way. That’s what makes the new way “new” — we aren’t doing it yet.

Reverse your thinking and start with the facts — your co-workers have crummy project habits. That’s because that’s all they really know how to do. If they found it easy to do it your way, they would. If they saw the “obvious” connection between better habits and better outcomes, they wouldn’t resist you.

The key facts are:

From these facts we can infer that the new behaviors are somewhat difficult and scary for them.

And in fact you are being arrogant — because these behaviors are easy for you, because the connection from good behaviors to good outcomes is obvious to you, you somehow expect everybody else to know what you know and be good at what you’re good at.

You’re expecting them to start at the destination. It’s absurd.

Next, remember that everybody (who isn’t a sociopath) is doing their best. They are. You are.

Now, acknowledge that they are doing their best, and that if they aren’t behaving in an effective way, it’s going to be because of one (or more) of three reasons:

When they push back, it’s often because of discomfort at one of these three points. And you’ve done it too — you’ve balked at doing things where the expectations on you were unclear (organized your office yet?), or where the behavior was difficult (how’s that diet coming?), or where it seemed unimportant (just floss the teeth you want to keep).

All that’s left is to determine which thing is stopping them, and coach them through it.

Keep standing for excellence. Don’t give up because it’s hard to encourage people. It’s also noble. And we value the victories we have to fight for.

Thanks to Tom Cox for a very insightful article! 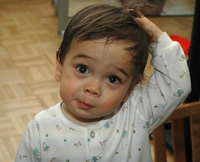 Well, after last week’s sales calls, I decided that all anybody wants to talk about is price. The price of EVERYTHING. Not just trade show exhibits, but everyone is looking for a deal. Looking for a deal is easy, because there is always someone or something cheaper. That doesn’t necessarily mean that it is equal. Just cheaper.

I had a handful of appointments where the conversations went something like this, “Hey, we just had you guys quote a project, and you were 8 percent less than Brand Z so you are getting the job.” Or maybe like this, “I had you quote three different designs, and you were less expensive on two and more on one.” Then you hear, “I love your new Sacagawea designs because they are so well made AND affordable.” That gives you a little hope that design matters and so does quality. That statement is followed up with, “All your stuff is too expensive.” So, if you are doing market research (and I am not), you come away with your head spinning.

What Really Matters to People Anymore?

Do you ever buy on quality? Has the Wal-Mart mentality totally consumed us? When I see a retractable banner stand for $99, including the graphic, I wonder how long before it breaks, and you have to replace it. If a distributor is selling it, how can you afford to service something that was only a hundred bucks to begin with?

We did a little exercise when I worked at Optima Graphics that went something like this. Name 10 things that you buy on price alone. Well it was obvious after a few minutes that price is rarely the only factor. Gas, bread and milk became the three “locks” where price was the driving force. But even as you stop to rationalize, you find that you aren’t going to buy your milk for 2.49 a gallon at convenience store A, and then your fuel at convenience store B, even though the gas is 2 cents a gallon cheaper at B. Convenience and your time plays a factor in buying.

Sometimes buying is easier at one place even if you are paying a little more than making the more difficult purchase at cheapoworld.com. So, are you going to follow that path of least resistance or are you going to put forth some effort to save money?

Just for conversation’s sake, here are some things that I spend more on than what some would call reasonable:

Here are some things I WON’T spend extra on and try to buy the cheapest available:

That is enough to get the conversation rolling I hope. Hope you all have projects closing. That makes everyone happy.

Join us for a a Customer Appreciation Reception on Tuesday March 29 at the Eye Candy Lounge. The reception is sponsored by Classic Exhibits Inc., Display Supply and Lighting and Optima Graphics.

To receive a complementary drink ticket, visit Classic Exhibits (#1455), DS&L (#1361), or Optima Graphics (#1721) on the EXHIBITOR Show floor on either Monday or Tuesday. There are a limited number of tickets available — so don’t dawdle my friend. Your odds worsen with each passing hour. 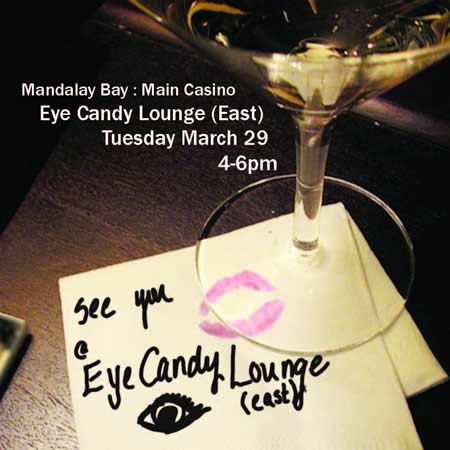 As a guest of Classic Exhibits Inc., you are invited to click this Classic-only link.

You will be taken to a registration form. Once you complete the form, the final price will be zero, gratis, zippo, nada to walk the Exhibit Hall.

For this most generous gift, we ask one favor. Visit us at booth #1455, a 20 x 30 island exhibit, where we’ll showcase the latest products and rentals from Classic Exhibits Inc. and Eco-systems Sustainable Exhibits.

We look forward to seeing you there!