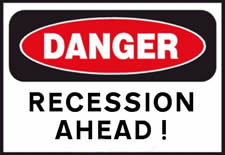 I enjoy a challenge. Not a Darwin Award challenge or a Mexican Drug Cartel challenge, but a normal middle-class, just risky enough to be an interesting kind of challenge. Three years ago, I thought that meant hiking the Appalachian Trail for a week or installing laminate flooring in three rooms or attending an extended family reunion and not passing judgment on my Appalachian cousins. They were manageable challenges, which had a start date and end date. Or, at the very worst, I could decide to opt out mid-stream.

Three years ago, the U.S. economy lurched into what my peers are calling “The Great Recession” (TGR). We all knew from the get-go that it was going to be bad. How couldn’t it be after nearly every U.S. citizen contributed in some measure to the collapse, either by living beyond their means or by allowing our political and corporate leaders to convince us that laissez-faire meant being lazy about our responsibilities. We forgot that humans can be benevolent and altruistic 49% of the time, but at our core we are self-centered and greedy. That’s why we have religion and governments and clans and tribes to keep us connected and restrain our worst instincts. At the same time, we forgot what it was like living in America in the late 19th Century or post WW1 to 1927. Somehow we thought were smarter than history because we had computers and miracle drugs and sweat-wicking clothing.

What we didn’t know about TGR was that it was going to last three years and counting. We thought it would mimic the recessions we’d know in our lifetimes: severe and painful but limited to a year or two. About every month or so, the government or the press would tease us with quasi-good news about unemployment, manufacturing numbers, the stock market, interest rates, etc. We would each fixate on different economic indicators, depending on our individual circumstances. 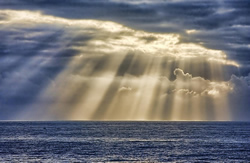 Lately, the new normal was becoming more normal, like finally coming to terms with a five-to-eight year prison term after wrestling with it for three years. We were making the best of a bad situation, and using the time to become a better person or a better company because you might as well use your time wisely. While I can’t and won’t speak for most Americans, I can at least say that there seemed to be a window of hope, a promising patch of sunshine on a cloudy grey day. The economy was improving, and those companies that were nimble and resourceful were doing well.

Now, all that is threatened. Regardless of your political leanings, left, right, or center, you have to be frustrated by the intransigence of our politicians. They have become ideologues, narrow-minded and uncompromising. And who can blame them. Based on the noise from their loudest constituents and wealthiest patrons, they are being told to take impossibly rigid positions, positions that once announced will be recorded and replayed again and again in future elections. Goodness knows, we don’t want our politicians to be “flip-floppers” who change their minds depending on which way the political wind blows (at worse) or based on the most logical arguments (at best). We have become what we criticize in other countries — narrow-minded, fanatical, and illogical. Slaves to our media, religious, and corporate talking heads who claim to want what’s best for our country, but who seem to thrive in a system that promotes chaos and benefits their financial pocketbook.

Perhaps, just perhaps, our federal government has become too transparent, too 24/7. Our politicians no longer have the luxury to befriend their rivals, to negotiate reasonable tradeoffs, to make mistakes. Don’t misunderstand me. The ethically challenged still get elected, as well as the just plain stupid. But, we need to give our leaders, the representatives, senators, and President, the opportunity to be leaders and not just politicians. We didn’t get into this situation overnight. We won’t get out of it overnight. Yet, there seems to be the “necessity” to fix it with either a machete or a vibrator. All pain or all pleasure.

That said . . . I don’t have an answer. And, if you think you do, then frankly, you’re delusional. But, what we can all agree on is that the ray of sunshine is fading quickly, and TGR is about to become the New Normal. We need a reasonable approach from the left, the right, and the crackpots.

A county judge once told me during a mediation session that he knew he’d done his job when both sides left unhappy about the final outcome but shook hands anyway.

Folks, it’s time to suck it up and do what’s right for the entire country, not just for those screaming the loudest. While I like challenges, I’m getting a little weary of this one. I bet you are too.