Don’t Pity the Pop Up Display 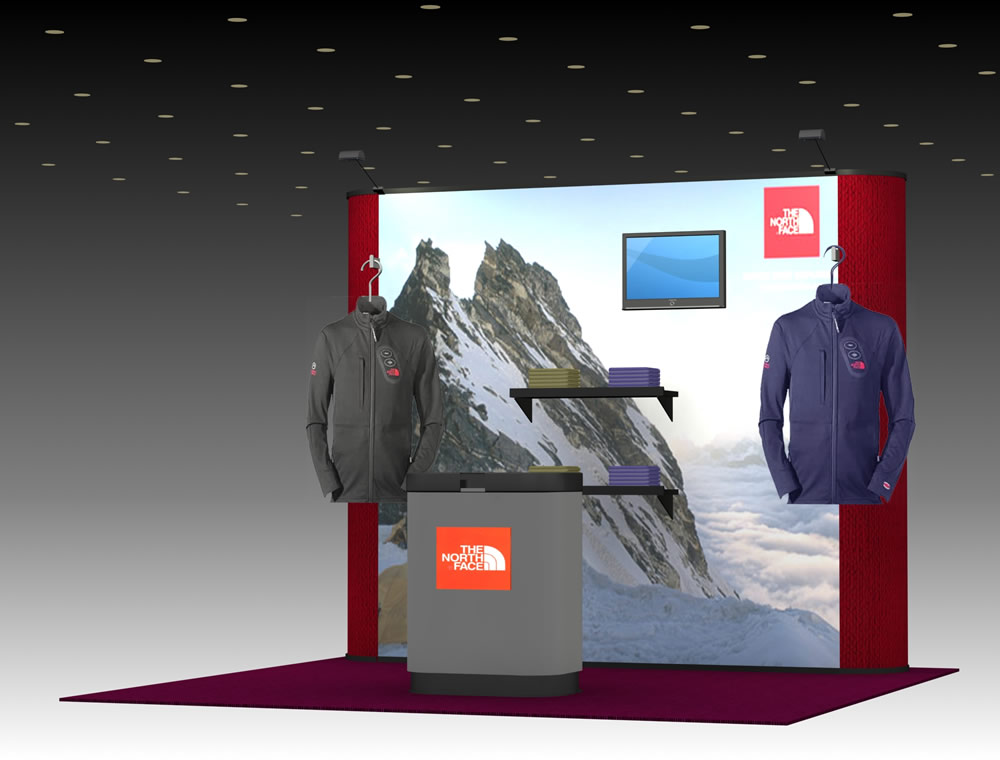 Don’t Hate Me Because I’m Beautiful

Over the years, I’ve had a bit of an obsession with trade show pop up displays. I started my career working for a pop up manufacturer in the mid-nineties back when pop ups still elicited WOWs! and most fabric units sold for $3600.

Back then, I could talk about the idiosyncrasies of one frame vs. another frame, the strengths of one channel bar vs. the competitors, and the nuances of a magnet-to-magnet vs. a magnet-to-metal panel connection. Frankly, we were in a brutal pop up war based on features and benefits, and took delight comparing fiberglass to aluminum, skinny to square tubes, and my favorite, the difference between self-locking to connector-locking frames. Even the cases were part of the daily sales battle.

Those Days are Long Gone

Many customers are not concerned about the features and benefits of pop ups. They are shopping exclusively on price; they want it to last a few shows, and they are less concerned about all the bells and whistles or whether the frame has a lifetime warranty. But they should. Good pop up display systems are amazing. They are versatility, portable, durable, and offer remarkable graphic impart. However . . . 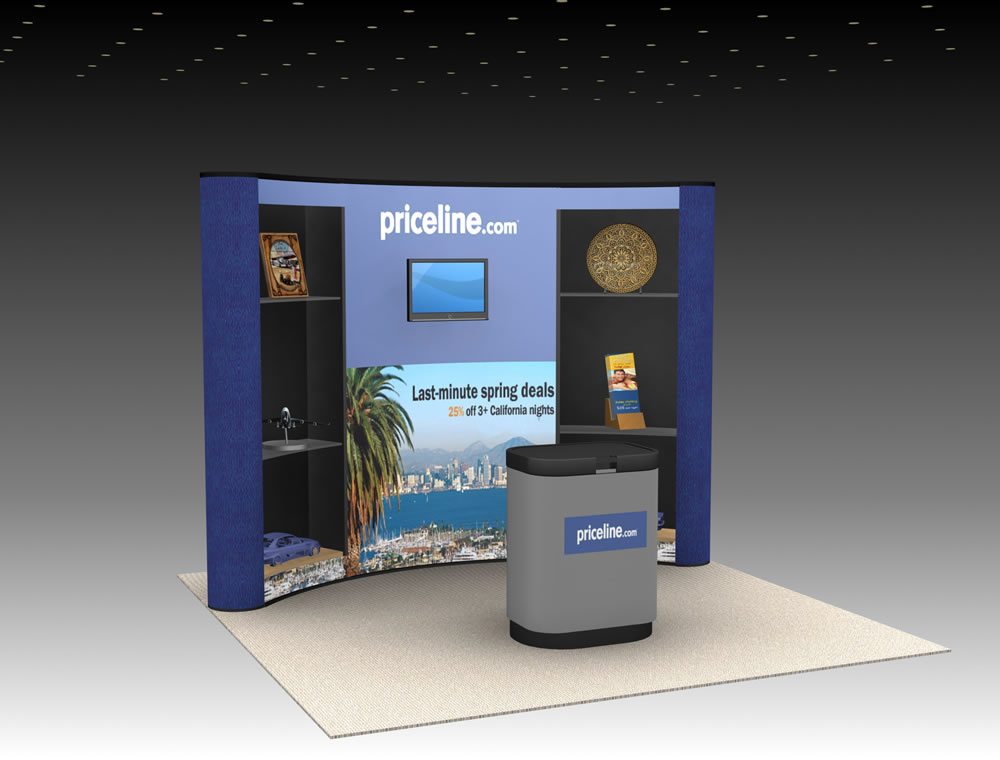 Treat Me with Respect. I’ve Earned It.

The pop up, once the pride and joy of any portable trade show program, has lost its luster. Where we once treated it like a dress from Saks Fifth Avenue, carefully hanging it in plastic and sending it to the dry cleaners, many now treat it like a skirt and blouse from Ross and wash it with our dirty underwear and towels. They wear it after it has faded. They wear it wrinkled. They wear it after it’s missing buttons. They continue wearing it because it’s comfortable and convenient, not because it’s flattering.

You still see pop ups everywhere, but they are often assembled haphazardly, showing their age, or leaning precariously like a hillbilly shack.

Frankly, seeing them saddens me because I know, as do you, that pop ups can be attractive and effective displays, particularly when combined with the right accessories, such as shelves, shadowboxes, monitor mounts, and headers. But it’s rare to see them with these accessories since the budget pop ups have all but abandoned them. That’s a mistake. No other display does more than a pop up for the price. No other affordable display has more accessories or more visual impact — dollar for dollar. However . . .

Walk on Any Trade Show Floor. You’ll See the Following:

1. The Flapper:  A good 50 percent of the pop ups have at least one end panel waving at attendees.  Apparently, attaching an end panel has become either too labor intensive for many exhibitors, or to be fair, something has broken making it impossible to attach them. And fixing it is too much trouble.

2. The Old Lady:  We are a society obsessed with youth, except when it comes to pop up graphics. Wrinkles, creases, and de-lamination are perfectly acceptable. I’ve seen graphics so battered and abused that I involuntarily looked away in embarrassment.

3. The Hurler:  The setup instructions for most pop up displays have apparently changed. You stand 6 feet away from the frame and toss the panels on the channel bars. Wherever they land, that’s where they stay.

4. The Barn Door: We all know the expression, “Your barn door is open.” You’re just one crossed leg away from giving everyone a freebie they don’t want.  In the past month, I’ve seen two pop up displays with missing front panels. When I asked one exhibitor about it, she said, “Yea, we lost it about a year ago and the owner doesn’t want to pay to have it replaced.” 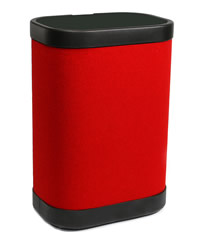 Do you have a male relative who wears a sleeveless muscle shirt to every gathering, including Thanksgiving Dinner? This same “dude” was last seen standing in front of a pop up display without end panels. Yes, it’s an acceptable look for tension fabric pop ups like Xpression, but not traditional pop ups. It’s tacky.

5. The Cripple:  I know. I know. That term isn’t PC anymore, but we’re talking about a pop up not a person. These pop ups have broken connectors, missing channel bars, bent frames, and snapped hanger pins. Duct tape is visible. Plastic security ties are considered hi-tech repairs. If this was a loved one, you’d give it an overdose of morphine just to put it out of its misery.

6. The Creatively Confused: Now I can’t attest to seeing this, but a distributor told me about it last week. The exhibitor had managed to attach the pop up panels to the convex/reverse side of the curve frame. He then complained that the pop up wasn’t as attractive as the one he’d seen in the showroom. I believe his booth was next to to guy in the muscle shirt, who coached him through the setup. 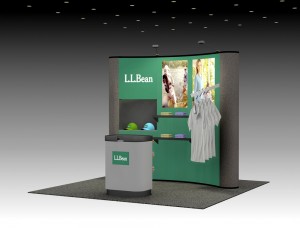 7. The Just Passing Through: Every pop up exhibitor should purchase the case-to-counter wrap. They’re brilliant and practical particularly when combined with a graphic. But there’s always the booth with just the case . . . the battered, scarred, and naked case holding brochures, business cards, or a fishbowl. This person is so anxious to leave the show that even hiding the case behind the display or converting it to a case-to-counter unit is too much trouble. I’m guessing that Golden Corral once ran out of shrimp when he didn’t arrive by 5:15 pm after a show. Well . . . that will NEVER HAPPEN AGAIN!

Perhaps, I’m simply getting sentimental, but I miss those days when pop ups were respected and coddled. I yearn for those exhibitors who carefully put their graphic panels back in the plastic sleeves, and whose eyes widen with wonder the first time they opened the frame.

I’m still in awe of pop up displays. They do so much, and the good ones, the really good ones, have the power to transform a simple 10 x 10 space with large graphics, shelves, and a monitor (or two). I still see them on trade show floors. When I do, I can’t help but smile, and invariably, I find myself stepping into the booth and complimenting the exhibitor on their display.

This entry was posted on Monday, February 2nd, 2015 at 6:27 pm and is filed under Classic Exhibit Systems, Mel White. You can follow any responses to this entry through the RSS 2.0 feed. You can leave a response, or trackback from your own site.

11 Responses to “Don’t Pity the Pop Up Display”