Everything I Know About Business, I Learned From “THE Batman”
January 27th, 2015 Mel White 2 COMMENTS 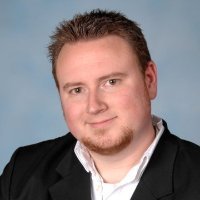 Not Batman. THE Batman!

Like most children born during the waning years of the 70’s and the early 80’s, Superman was always my first choice. My friend Jeff and I would put on our Superman pj’s and capes, and run around the neighborhood – arms outstretched, and making that “schwuuuuusssshhhhhh” sound– day after day. What you DIDN’T see was a lot of Batman. We knew about Batman, of course. He and his side kick Robin were members of the Super-Friends but were usually stuck in the corner with Aquaman, or just driving around in the Batmobile. Batman was boring. He had no powers, and he had no “bite” to make up for it. On the cartoons, he wasn’t exceptionally smart, he wasn’t powerful, and he wasn’t intimidating! He was just a nice guy with a few convenient tools, a mask and cape, and an inexplicable teenage friend.

That all changed in 1989 when Tim Burton’s Batman hit the big screen. Gone were the “Super-Friends”, the powder blue tuxedo’s, the goofy good-natured do-gooder and Robin. In their place was a confident, take charge, self-made arse-kicker who seemed to have all the answers. This wasn’t Bat-Man, this was “THE Batman.” Batmania swept the country, and I was swept up with it. Already a budding comic book fan, I picked up a few issues of “Batman,” and quickly realized something — Batman isn’t about cool gadgets, martial arts, or even the cool looking suit. Batman is Batman because he is a master at manipulating the world around him to create the best set of circumstances to be successful in whatever challenge that has been presented. To me, that was FAR cooler than any superpower could be.

After more than 20 years of collecting, I have an old comic collection to rival nearly anyone else, and the cornerstone of the collection is — of course — Batman. To me, the best issues have never been about crime fighting or adventure, but instead are the issues that focus on a forcefully driven man forcing the world to play by his rules, against all odds.

THIS is the Batman that has focused so much of my adult life and that has — believe it or not — helped shape the way I approach my professional life. You see, everything I know about business I learned from Batman.

Batman Taught Me to Adopt then Adapt 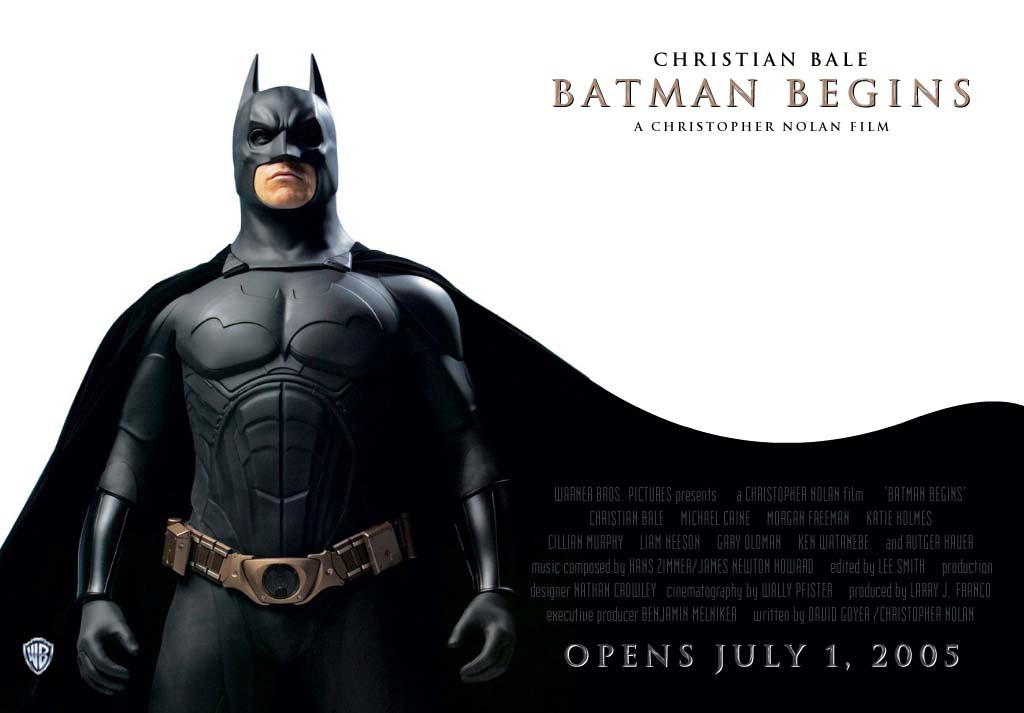 2005′s Batman Begins took a hint from the comic books and showed audiences just how Batman has the time to put together the tools he needs… especially when they don’t already exist. Instead of going through the time and resource-consuming process of inventing everything from scratch, he uses the tech that his company has built for OTHER applications, and modifies them to serve his personal needs. Need a Batmobile? No problem. Find out what existing tech comes closest to your needs, and then adapt it to make it work for you. Want to search the entire city to find one person quickly? No worries. Adapt the technology that already exists in each person’s cell phone to broadcast images of what’s around them via sonar, while you use an existing receiver to search the resulting images.

We don’t have time to reinvent the wheel over and over. I love innovation as much as anyone, but the idea that everything has to be brand new is counterproductive. Steve Jobs didn’t invent the computer. He took an existing concept and existing technology, and found a way to alter and adapt it to create a stronger and better product than what had already existed. Google didn’t invent the search engine. Instead it took an already existing concept and adapted it to what users really wanted- simple, clean, elegant usability. That’s how it works with adopting/adapting – sometimes you create the better tool by adding to it, and sometimes you have to take pieces of it away. In the end though, it often makes more sense to alter what’s there than it does to just start over.

Batman Taught Me that Information is Power

One of the biggest things I missed from the recent Batman flicks is the “BatComputer” that the comics have featured for several years. This isn’t your average suped-up computer. This is the High Rama Lama of computers. A screen the size of a Hummer (surrounded by several smaller satellite screens), a HUGE mainframe with an array of virtual terminals, and access to pretty much any scrap of information that you could ever possibly catalog. Making his information network even more powerful? He has a slew of paid and unpaid agents constantly funneling more information to him, and if there was any info he didn’t already have, he’d get access to it. The Batman was the one who knew all the secret identities, knew all the hideouts, knew all the weaknesses, and knew how to get the job done. Batman was “The World’s Most Dangerous Man” in a universe where people could shatter mountains, juggle planets, and create nuclear weapons out of thin air- and the root of it came to this: Batman always knew more than anyone else. 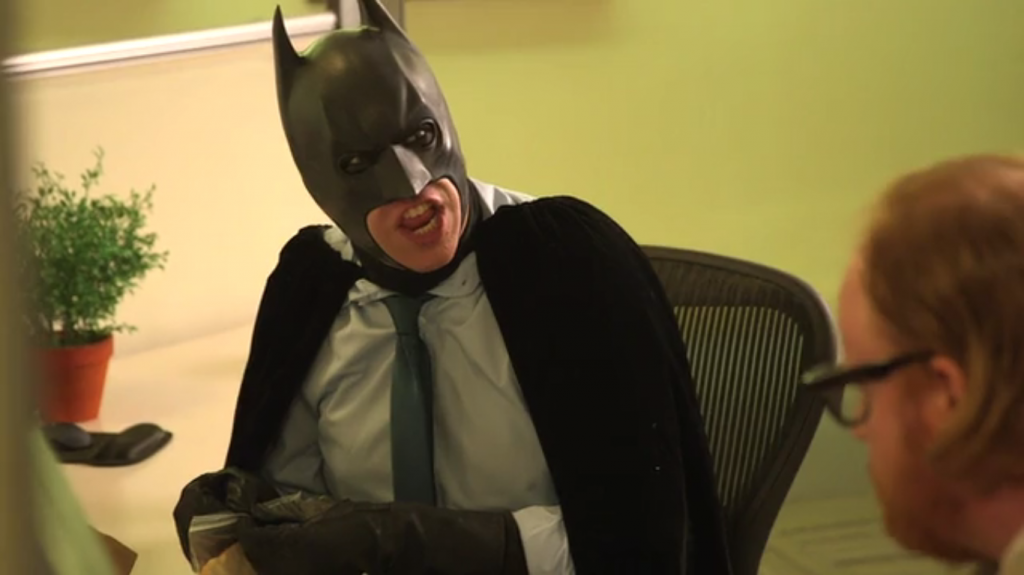 In business, there are no super powers. Some people are better at certain things than others are, but in general, most of us have access to roughly the same arsenal of abilities. The way that we differentiate ourselves from the competition usually comes down to three things: Drive, Creativity, and Knowledge. The amazing thing is that learning tends to fuel all three of these. People who make it a point to acquire new information have the leg up on the competition. That doesn’t mean you have to read everything that you can get your hands on (in fact, there is a lot of evidence that you probably shouldn’t, ‘less you overload your poor brain), but you should always make sure that you have access to the information you need to make informed decisions, and to fuel the kind of innovative thinking necessary to compete with the bigger guys of your industry.

Rely on Your On “Super” Powers

Batman taught me to have strategic allies, but in the end, you still have to rely on yourself: There are two versions of Batman that most people know- the campy 1950′s-mid 1980′s Batman that hung around with Robin, visited library grand openings, and taught young inner city ruffians the importance of flossing, and then there was the dark, brooding Batman that never spoke more than 2 growling words to anyone, would spend 13 hours a day reliving his driving motivation in his head, and would make sure that those inner city ruffians would 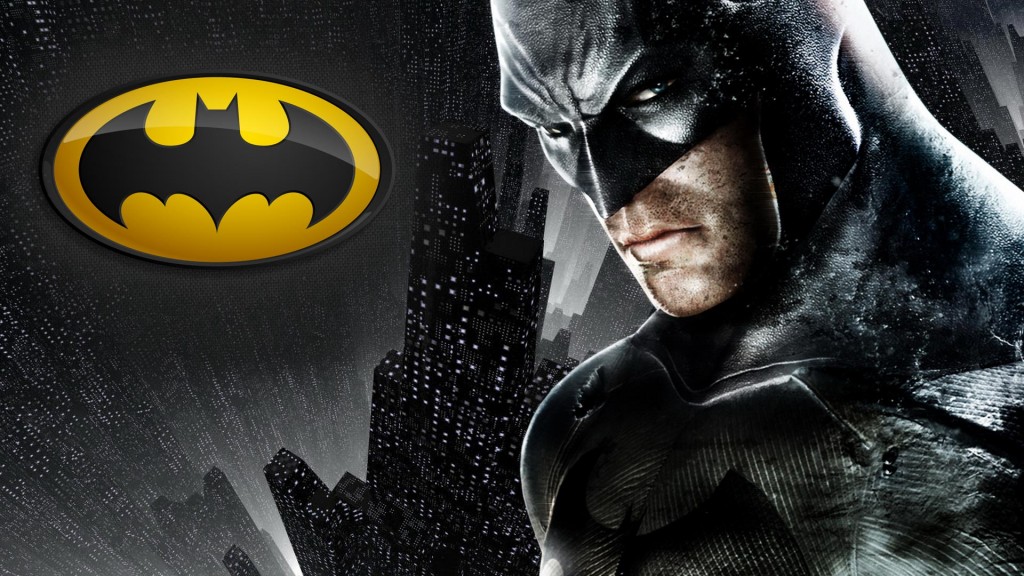 never have a use for dental floss. The comic fans know that Batman is plenty dark, plenty brooding, and very self reliant, but they also know that it’s all by design, and that he still accepts the value of having strategic allies. The Batman has a large network of allies- from Robin and Nightwing, to Commissioner Gordon and Alfred- each with their own set of skills and specialties, but Batman still understands that his number one ally always has to be himself.

That’s how it is for most successful entrepreneurs. You CAN’T do it all yourself. There just isn’t enough of you to go around, so you need a trusted network of your own whom you can trust to back you up when the going gets tough. Still, in the end, you still have to trust your gut and rely on yourself to make sure everything goes according to your plans. True friends will be there when the going is good OR bad, but even the best of friends can’t endure your sleepless nights for you if you make the wrong call.

The funny thing about being a Batman fan is that you get a sense of ownership on the character that doesn’t come along with Superman, Mickey Mouse, or even Harry Potter. Batman fans take the character seriously- as more than just a superhero or character, but instead as an icon for what we can all aspire to be. Sure, most of us would shy away from a cape and cowl, but instead we embrace the method behind the man: Ingenuity, integrity, self discipline and just enough of the hard-ass “I will make it happen my way, damned be the world if it tries to stop me” attitude that spawned the majority of humanities greatest moments.