I promise I’m not being snarky, but I am confused by some of  “pre-show” marketing from our competitors heading into EXHIBITOR2013.

There are two common paths to exhibit sales from a manufacturer’s perspective:  direct to the end-user or through a professional network of independent distributors. We saw a third path where several manufacturers “invested” in distributors beginning about six years ago but that seems to have failed. Which shouldn’t surprise anyone.

Historically, our segment of the industry has (with a few exceptions) relied on independent distributors. Now that didn’t preclude some manufacturers from carving exclusive territories for company stores or absorbing “failing” distributors under the guise a white knight rescue, then never relinquishing the territory. By and large, however, the model has been through distribution. Period.

That said, I am a firm believer in “to each his own,” but the press releases leading up to EXHIBITOR2013 have been nothing short of confusing.

Some of the most visible companies in our segment have placed ads, published press releases, and sent direct mail to attract perspective distributors to their booths at EXHIBITOR. Nothing strange. We all do that. But this year, it’s gotten bizarre. In these marketing pieces, they also highlight their “direct sales” channel or websites. Really?! Not to be rude . . . but that takes some MASSIVELY BIG BALLS. I’m talking the size (of the former planet) Pluto balls.

Did any of you ever watch Eddie Murphy’s stand-up routine back in the late 80’s and early 90’s. It’s inappropriate to share verbatim his act, but let me paraphrase for the sake of this blog post. He used to do a bit related to how confusing women can be for men during the courting process. Often saying, “come here, come here, come here” and when we do, they say “now get away, get away, get away.” 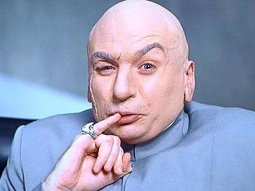 So, explain this concept to me if you are a distributor or are being courted by a manufacturer to distribute their products. They go to great lengths to entice you to their space and explain their products. But once you get there, you notice them selling to the same end-user base that you, as their potential distributor, represent.

To me it’s simple. Sell direct or sell through distribution. I am not saying that I’m opposed to change when necessary. After all, Classic Exhibits owns Exhibits Northwest, a distributor in the Pacific Northwest. However, we are always transparent about our ownership of ENW, and there are multiple Classic Distributors in both the Seattle and Portland markets that compete with ENW (and have for many years).

It’s a dangerous game when you choose to compete with your national distributor network. Yet, we see it happening more and more. I can count on one hand, with multiple fingers missing, those manufacturers that have remained true to this principle.

Now imagine branding your business as a distributor of these manufacturers, essentially helping them build a national presence as part of your “partnership” with the manufacturer. After years of them saying “Come here we want you,” they now seem to be saying, “We want you when it’s convenient. And thanks for building our brand in your market over the past 10 years. We really appreciate it! It helps our direct sales since your customers know us, and now they are able to buy from the manufacturer. SUCKER!” 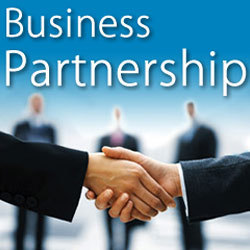 I don’t know about you, but this seems counter-productive to building relationships and partnerships, either that or there was some pretty good snake oil sold over the years.

Allow me to wade a little deeper into the quicksand. I don’t entirely blame those manufacturers. Why? Several are sneaky about it, with a pickpocketing act that would make Apollo Robbins proud (see video #1 and video #2), but many don’t hide it. Some even publish two versions of their catalogs, one they mail to end-users with retail prices, and one they mail to distributors with wholesale prices. Same with websites. When distributors purchase from them, supplying them with the client’s company name and contact information, the manufacturer then markets directly to the end-user, making even more money and building a database on the cheap.

In closing, I meant what I said. This is not intended to be snarky. Just black and white and confusing to me.

If you would like to schedule time with us at EXHIBITOR to discuss this or any other topic, please use this link to request a time:  http://www.classicexhibits.com/esf.

Hope you had a restful weekend.