A Fly in the Ointment

As you all know, I think EXHIBITOR Show 2012 was AMAZING. But it did not go off without a hitch. It had nothing to do with the organizers. They did a fantastic job! It had to do with the local union steward unfortunately.

Here is the deal. There is a new regime in the local Las Vegas union, which at first glance and given the economic hardships of the past three years would lead you to believe that positive change is coming.  Unfortunately NO. And to make matters worse, the union leadership decided to flex their muscle at an industry event. To me that is counterintuitive, but to them it made perfect sense. Let me explain.

As we always do, we hired an independent labor contractor. On Day One, our setup crew was approached by the local union rep and told that the two Classic employees could not touch anything and had to stop working. In VEGAS? Really! That has never been the case. You could always have at least one employee assisting, and there were three union laborers working on our exhibit at the time. When questioned, the response was — “Read your Show Book for starters, and secondly, there is a new regime in town and we know that the Exhibit Builders are the worst offenders so we are making a stand. The idea is that you will go back and let your clients know that Vegas is tightening the reigns.” 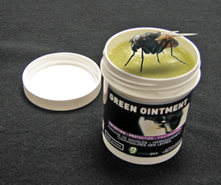 Again, this confuses me. Isn’t it the exhibit builders, exhibit industry vendors, and show organizers that help to make sure that trade shows are in VEGAS and other cities? Are we not sending bigger and better business your way every year? It seems odd that the union leadership would want to send the “wrong message” to your industry colleagues, especially when, after reading the show book, we were following the rules.

Like I said, EXHIBITOR was an amazing show. One that we should be very proud of, but there was one black eye. What have we learned from the Great Recession? Clearly not everyone in our industry is on the same page, the page that says let’s keep moving this train forward in a positive fashion. We want everyone to continue working, the industry to grow, but we can’t do that unless (at the end of the pipe) it’s the best possible experience for our customers, the exhibitor. If you treat your family like this, I am pretty sure you treat those outside the family even worse.

To be fair, after a very strong push-back by our I&D lead, the union steward did relent a little. But he was clearly not happily.

Sorry to vent after such a great week in Vegas. But it just baffled me.

This entry was posted on Sunday, March 18th, 2012 at 6:35 pm and is filed under Kevin Carty, Word on the Street. You can follow any responses to this entry through the RSS 2.0 feed. You can leave a response, or trackback from your own site.